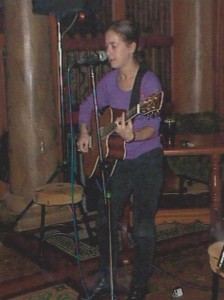 What a treat. If ever there was a busman’s holiday, this was the songwriters’ version of a busman’s holiday – the IMRO Songwriters Collaboration in Co. Kerry. I think 1998 was the first year. I signed up, gave my deposit, which was given straight back when I arrived into the Holiday Inn, Killarney, Co. Kerry. I felt it was a big gift given by IMRO to us lot the songwriters for all the years working on our own work. I certainly appreciated it. Not only did I appreciate the opportunity and the meeting up with others and the good company for a number of days, I appreciated the profiteroles..the lovely dinners, lunchtime soup and sandwiches, the breakfasts, laid on, all for us, for nada.

Every morning after breakfast all our names were put into a hat, and then picked and paired up into twos to go write and compose a song for the day. Later we all booked a time to record our work of the day in the ‘recording studio’ set up in one of the Holiday Inn Suites.

I would like to add – Many Thanks to Donal McGuirk. 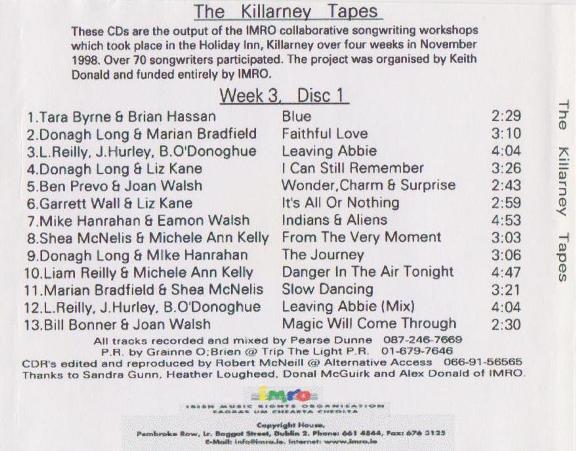 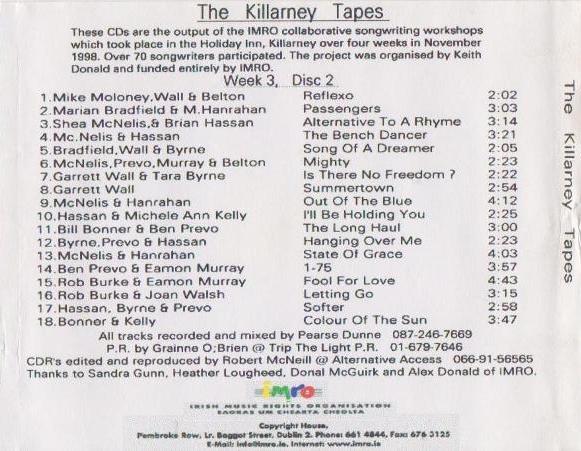 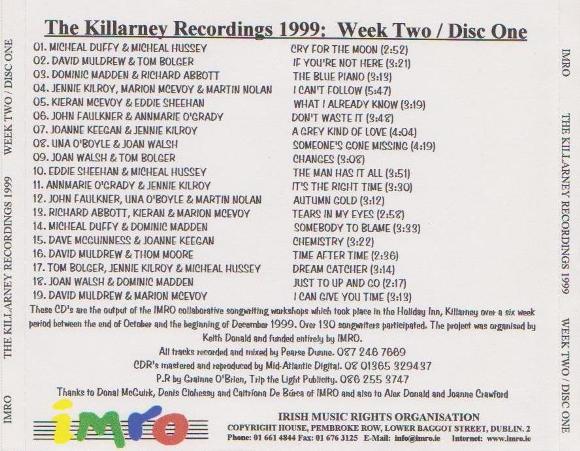 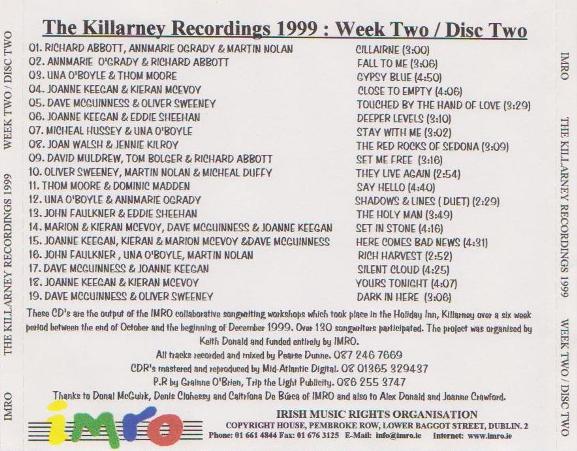 To listen to the song Wonder, Charm, and Surprise co-written with Ben Prevo, and performed Here by The Keanettes, that featured on their album The Keanettes.